Our daughter Kate (aka Katy, aka Katrina, aka Trina-pop) will appreciate this. The first night on the road we dined at the 125 year old Palace Cafe in Ellensburg. Our delightful server was Katy.

Breakfast the next day was at a beautifully restored diner, and my server was a lovely young woman named…Kate. 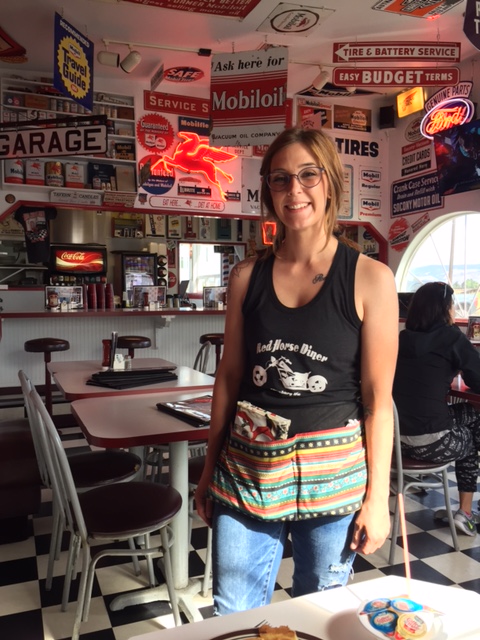 For our next meal we were served by…Katrina. Thought we had a run going until the next day – our server was Jocelyn. I asked “may I call you Kate?” Nope.

I had another run going. Our first dinner in Canada we had a lot of fun with the server and the busser, and they ended up comp’ing our desert.  The next morning I insisted that a young woman go ahead of me in line at Starbuck’s since she was obviously working and I’m obviously retired. Reluctantly she agreed, and then she insisted on buying my latte:

Nicole is a marketing rep for Labatt’s (part of the Budweiser/InBev empire). She was in town to represent Labatt’s at a golf tournament put on by a big restaurant chain in Canada called Earl’s. I told her I used to represent a large Budweiser distributor when I was still in law practice, so we talked about the beer business, and her life in Vancouver, while waiting for our coffees. I was getting spoiled. Every meal since crossing into Canada had involved free stuff.

In her honor, we dined at Earl’s that night. It helps that Earl’s has a spectacular waterfront view of Lake Okanagan. 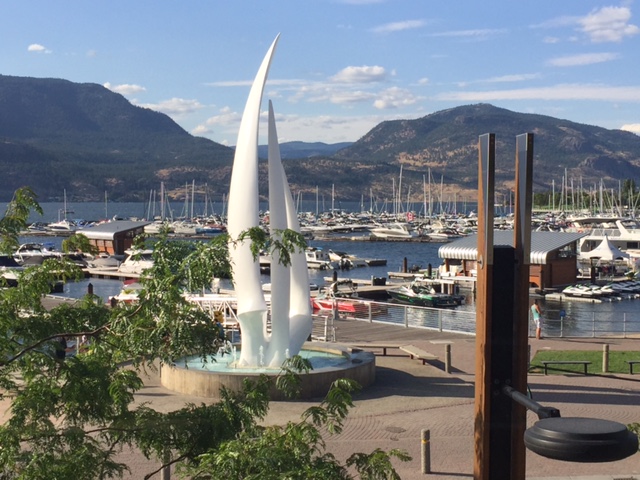 We had a good time cajoling our server, but alas, no free stuff. The run was over.

We met two other lovely ladies while walking around Kelowna:

“I get that we’re twins and have to dress the same, but do we really have to have same kind of ice cream every time?” I think they were both named Kate, but I’m not sure about that.

One thought on “Dispatches from the Field: A Run of Kates and Free Stuff”