Both of my parents were born in small Mennonite villages in the area of Russia now called the Ukraine. They and their families came to Canada before either of them was 5 years old, and ultimately settled in an area of Ontario near Niagara Falls called Vineland. That is where they met and ultimately married. The Mennonite Heritage Village in Steinbach, Manitoba commemorates and to a degree replicates those early Russian settlements.

I wandered around, wondering if the houses were like those my parents lived in when they were toddlers. Did my dad stand on his toes to look out a window like this one?

Did my mom crawl around in a garden like this one while her mom harvested the vegetables for the day’s meal? 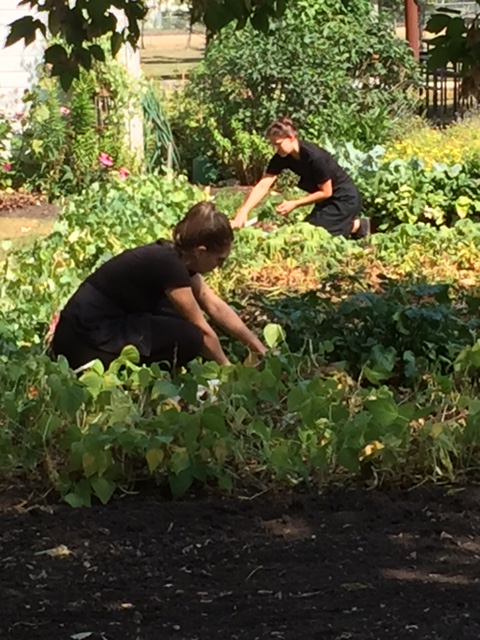 Yuliya told us these vegetables were indeed those served in the restaurant on the premises, and she invited us in. 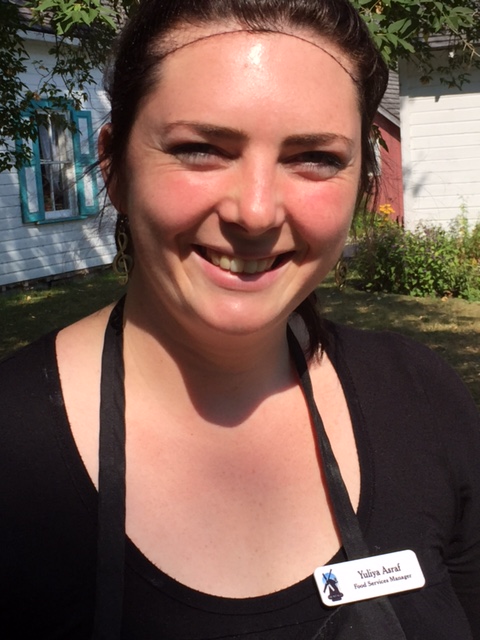 They served traditional Mennonite dishes like verenika (aka pierogis) and plautz (aka fattening). We heartily partook of the fare, but were confused by the special of the day:

For those unfamiliar with the Dutch/German/Swiss origins of Mennonites, suffice it to say   Falafels and Pita are not a part of that heritage.

The staff dressed in traditional garb, which really added to the atmosphere, but as soon as they were on break…

…out came the smartphones.

Later that day we were invited to dinner with an old family friend, Mildred Schroeder. My folks set her up on a blind date with David Schroeder in the late 1940’s, when they were all going to the then-new Canadian Mennonite Bible College. The date went well, and Millie and Dave ended up marrying. They celebrated their 67th wedding anniversary before Dave passed away a couple of years ago. 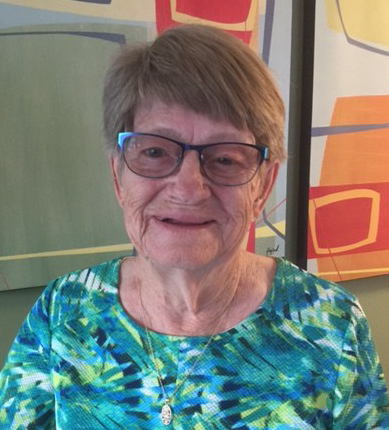 Millie lives with her daughter Lynette and members of Lynette’s family in a FOUR-generation home. Every few years, the room assignments are moved around based on needs, and the home is remodeled to accommodate those needs. I asked what it was like living in a multi-generation home and she immediately replied “that’s all I’ve ever known.” Even when they were first married with young kids, grandpa lived with them. She loves it, the hustle and bustle, having family around her. Daughter Lynette does most of the cooking, Millie does the baking. And, based upon the pie she served us, she does it very, very well.

To my surprise, one of the members of the household, Mathew, who married a grand-daughter of Millie, was related to me. We had never met until that evening, but Mathew is the son of a cousin of mine from Vineland. Mathew was formerly a touring musician, but that life is tough with two young kids, so now he repairs musical instruments and does some recording at the studio he converted from a garage on the property.

Millie brought out the photo albums, and I poured over them looking for pictures of my folks and others that I had known when I had lived briefly in Winnipeg. I came across the picture of my parents at the top of this dispatch, both seeming happy and carefree, a photo I had never seen before, a glimpse into the early life of my parents, both now deceased.

It was a good day.