OK, this the first and the last “Ferd and Martha Picture” I will post: 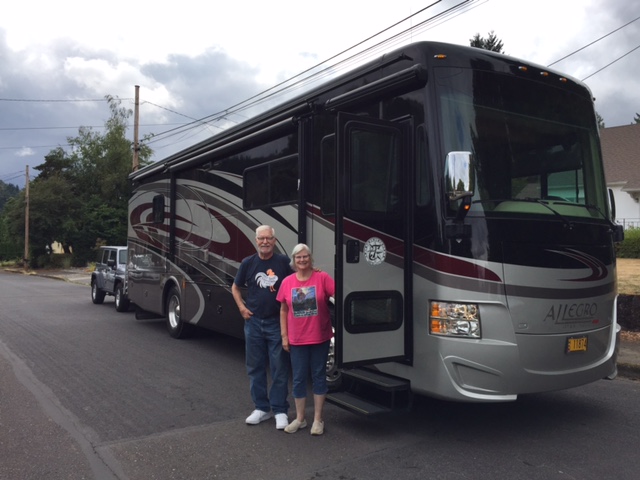 Our route will take us up to British Columbia, then all the way to Nova Scotia and the Maritimes, then south through New England and the Atlantic states to Florida, then west along the southern border states to the Southwest, eventually turning right at some point before splashing into the Pacific Ocean, and heading home to PDX.  3 months, 12,000 miles.

Nearby an old codger was fussing with his lawn. I said hi and explained why we were parked in the middle of the street in front of his house (to hook up the Jeep, our tow vehicle) and told him about the trip on which we were about to embark. He seemed bewildered and somewhat gruffly said “Errr, das a lot a driving.” Yeah Dude, no kidding.