If you ask about where to go or what to see in Nova Scotia, Peggy’s Cove and its beautiful lighthouse are always mentioned. Here is the traditional view of the lighthouse, with people crawling all over it:

And here is my artsy fartsy interpretation: 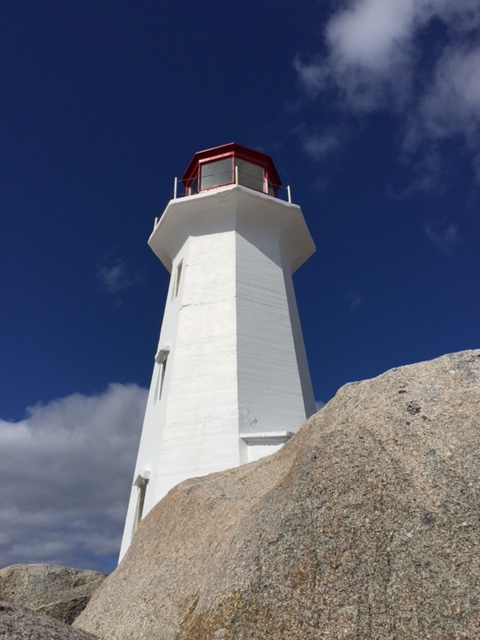 Either way, it is a pretty lighthouse, but before you even get there you pass a memorial for the SwissAir flight 111 that crashed in the Cove less than 20 years ago. Carved into a massive rock are three notches (i.e., “111”), with the direction of the notches pointing directly to the place not far offshore where the flight ended in the Atlantic Ocean: 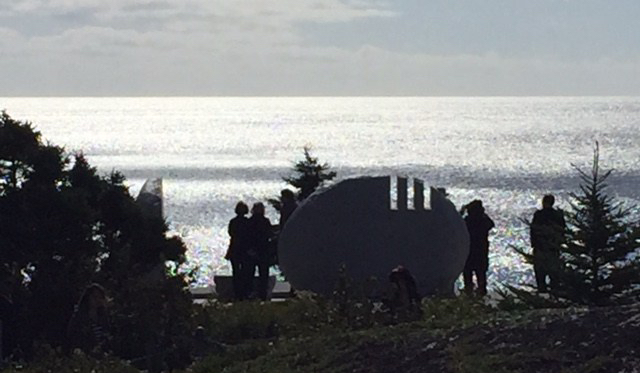 Everyone was quiet and respectful and I wondered if anyone there had lost a loved one in the crash. It did not seem appropriate to ask.

Nearby, Mahone Bay was trying to drum up some late season tourist business with a Scarecrow Festival.

The town itself is absolutely gorgeous, situated as it is right on the water, and it appeared that every single home or business in the town was heavily invested in the competition. Here are but a few entries: 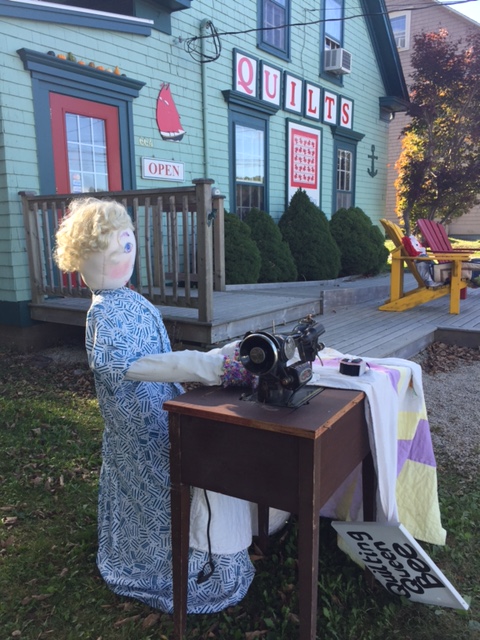 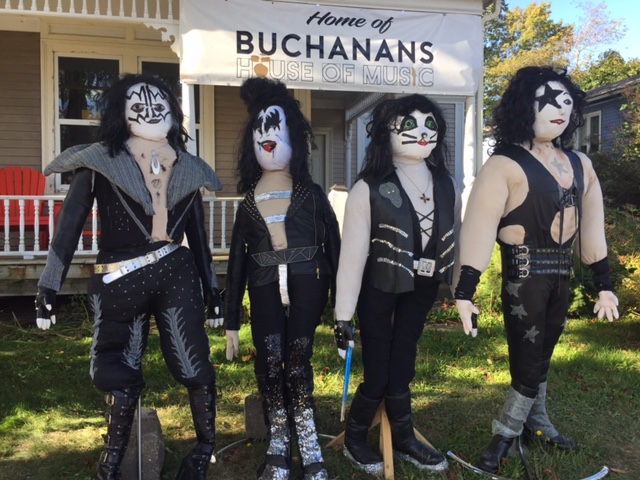 The average tide worldwide fluctuates about 3 feet. At places in the Canadian Maritimes, they can fluctuate anywhere between 32 to 46 feet. At Hopewell Rocks, you can watch it happen. Here is what it looks like just after high tide:

And this is what it looks like, walking on the ocean floor 3 or 4 hours later:

The Park officials are very careful to kick everyone’s butt out when the tide starts turning, because it can move quickly.

With this post, we have completed our trip across Canada, and we somehow managed to be here just when the leaves started turning brilliant:

5 thoughts on “Dispatch from the Field: Lighthouses, Scarecrows, and Walking on the Ocean Floor”